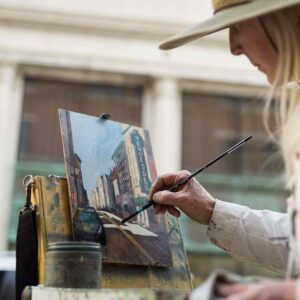 Today we’d like to introduce you to Debra Howard.

Hi Debra, so excited to have you on the platform. So before we get into questions about your work-life, maybe you can bring our readers up to speed on your story and how you got to where you are today?
I’m a native Floridian. Grew up in Miami, surrounded by clear tropical water. Middle child of 4 children.

Learned to sail at a young age and decided when I was 15 that I was going to sail around the world as an artist. I made all of my decisions to further that goal.

After graduating from Ringling School of Art in Sarasota Florida, I drove across the country to launch my art career in San Francisco and to develop the sailing skills I would need. I ended up crewing on one of the first all-women sailboat racing crews.

This was in the late ’70s. I also joined the Dolphin Club at Aquatic Park, downtown San Francisco and began to compete in long-distance swimming events, including swimming the Golden Gate, swimming in from Alcatraz Island and I broke the 83-year-old record, swimming from Oakland to SF, via the Bay bridge.

At 26, I decided that I had the skills to cruise on a sailboat, so I packed 2 duffle bags and bought a one-way ticket to San Carlos, Mexico, and started looking for a sailboat headed to Australia. I eventually found a crew position on a sailboat called the Zubinubi. They were headed to Rio.

Thought that sounded good, so I joined the crew and sailed in the Mexican and Central American waters for almost 3 years. The boat was scuttled by pirates and that was the end of that adventure. There’s actually a song written about her, that you can sometimes hear at Floridian Tiki bars.

I realized that decisions had been made aboard the Zubinubi, that were not sound. It was time for my own boat and to be Captain. I bought Ling Ling a 44-foot Kelly Peterson design, in 1986 and moved aboard. I didn’t manage to sail around the world with her, but I did sail her from the Caribbean to Maine.

During that time, through a series of unlikely events, I adopted a little girl from Romania, once she was water safe, she moved aboard, too. The pivotal point in my story happened when I turned 40.

I had a little advertising agency in Mt. Pleasant, SC (Charleston), and one day, I was working late into the night trying to finish a catalog for foot products! My daughter was asleep in the conference room and I wondered, what happened to my life?

I was going to sail and make my living as an artist, not sell people products that they probably didn’t really need! So I shut down the business and packed up my sailboat and untied the dock lines with my crew… my 7-year-old daughter, Mirela, and an old dog, named Koa.

We mostly sailed on the east coast of the US, favoring the Intercoastal Waterway. We spent 4 months on Cumberland Island, Georgia. All easy and safe sailing. One day, I had engine trouble and we were stuck at the dock in the Golden Isles, near St. Simon Georgia.

I finally broke out my paints and started painting oil paintings. After a couple of months, I put my little paintings in the basket of my bicycle, and Mirela and I visited a gallery. The owner took all of them, and I realized, I was finally a real artist!

I’ve been painting ever since.

In 2009, I took a job as the Artist-in-Residence on tiny Tangier Island. This is a 1-mile by 3-mile sand spit in the middle of the Chesapeake Bay. A 14-mile ferry ride to the mainland. The job was for a year, I was to paint and document this disappearing island. There have been people on the island since 1660. A fishing and crabbing community with its own dialect.

Eventually, I stayed on as the Executive Director for the Tangier Island History Museum. I left in 2012. Bought a crazy old Victorian on the Eastern Shore of Maryland.

Plein Air painting events were becoming popular and I started to participate in them in 2010. I found it to be uncomfortable. I wasn’t sure about painting and the competition. I was uncomfortable having people watch me paint, it felt stressful to make decisions about where the painting was going, with wind, rain, bugs, and changing light.

I still did mostly studio work, supplying the galleries that represented me. But the art world was changing. People were saving their art dollars for the Plein air events. There’s a real attraction to the loose and passionate Plein air paintings. So I decided to throw myself into it.

I started getting outside and learning how to do it. I applied to many events. And believe me, often I didn’t get in. I have an unusual style of painting and it doesn’t conform to the typical Plein air style. I think of myself as an interpreter of the scene, not a recorder of the scene.

I bought a truck and a little RV trailer and started traveling and doing Plein air events in earnest. I am a full-time oil painter. 50% studio work and 50% Plein air. The Plein air has helped me be a better and more confident painter.

As I write this, I am on the Leelanau Peninsula in northern Michigan, where I live from May-October. I use this as a jumping-off point for Plein air events in the midwest and further north.

Just before I arrived here, I was a juried artist for the Artist on Location Plein Air in Knoxville. This was my 3rd-year in attendance. I camp at the Norris Dam State Park and paint for a full week, bringing in my work the morning of the show. Without a doubt, Knoxville is one of my favorite events.

Well organized, well attended, and more beautiful than I can possibly paint in a week!

Alright, so let’s dig a little deeper into the story – has it been an easy path overall, and if not, what were the challenges you’ve had to overcome?
The biggest struggle has been naysayers. My family thought I was crazy. My sister in particular could not understand why I would love living on a boat. A few years ago, she retired and her husband and she bought a trawler and cruised for a year. She loved it.

Her understanding of the beauty and excitement of that lifestyle has strengthened our relationship. We’re very close. I can’t tell you how many people told me that I wouldn’t be able to support myself as an artist. I had to ignore a lot of people to have had the adventurers I’ve had.

For a few years, they were right. I varnished yachts for a while until the paintings improved.

Can you tell our readers more about what you do and what you think sets you apart from others?
I am an interpreter of the scene I’m painting.

Every painting involves solving a problem. For me the problem is, how can I get you to understand and feel the moment, I’m painting? Here’s this vast, changing, complex view and I have an 11×14 inch panel to document it on. So I use design, editing, and an unusual color palette.

I use patterns, rhythms, and design. I use contrast and texture and bold brushstrokes. If you walk into a show at an event, you cannot mistake my work for anyone else’s. I teach 1, 2, and 3-day workshops. I particularly enjoy teaching and painting Plein air nocturnes.

Can you share something surprising about yourself?
That I am a born-again Christian. I love going to church on Sunday. I have a quiet time every day before I begin to paint. 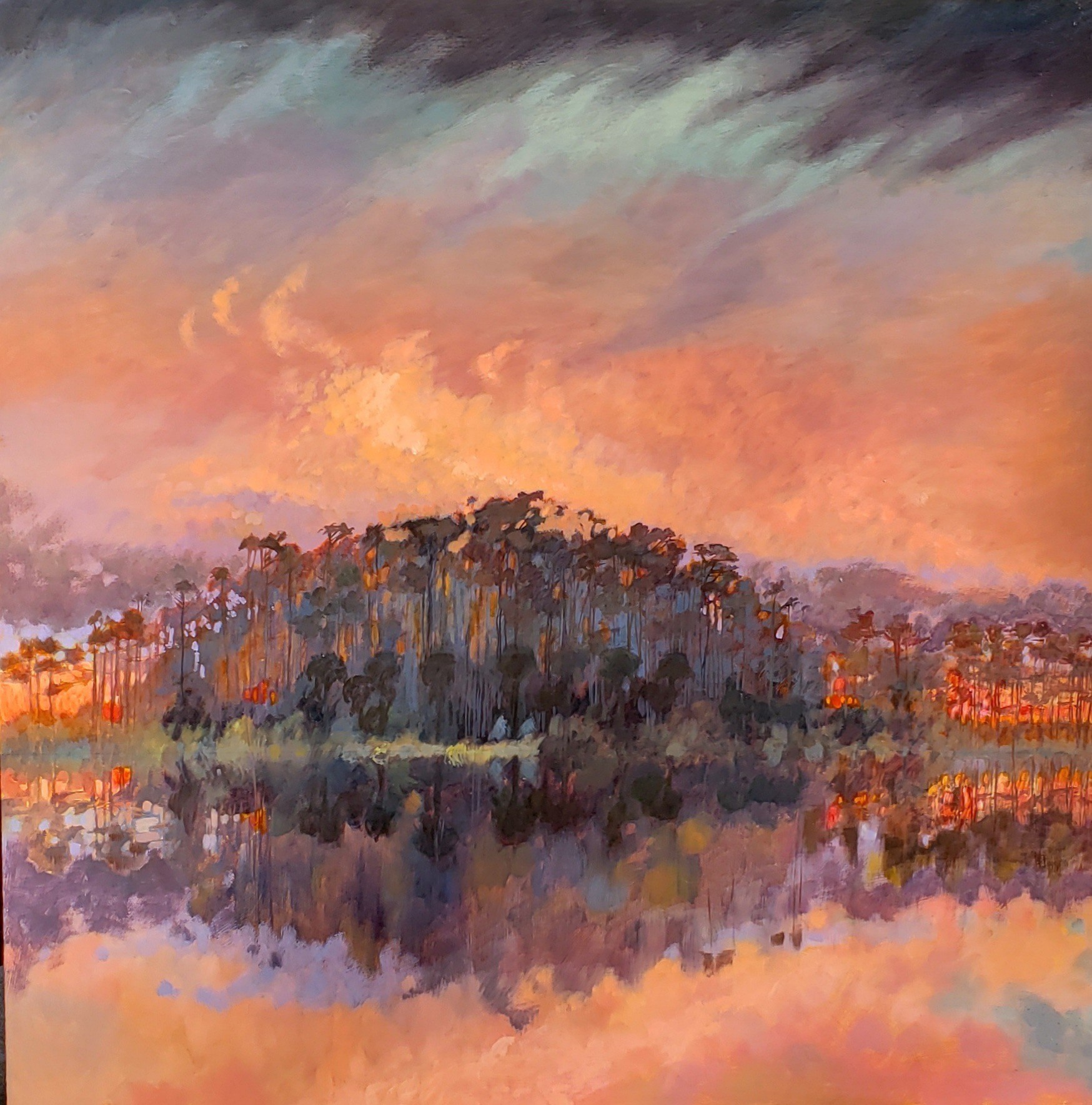 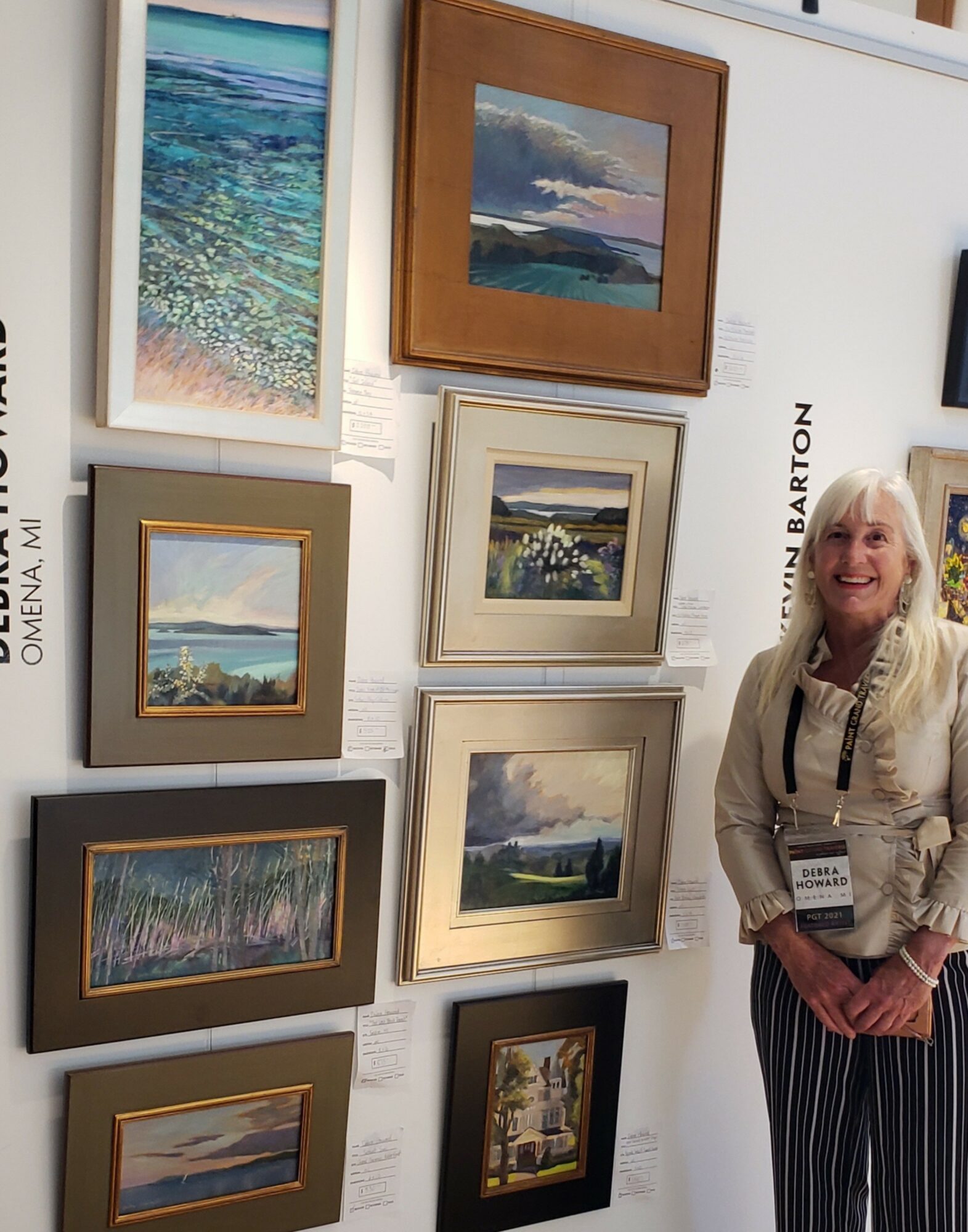 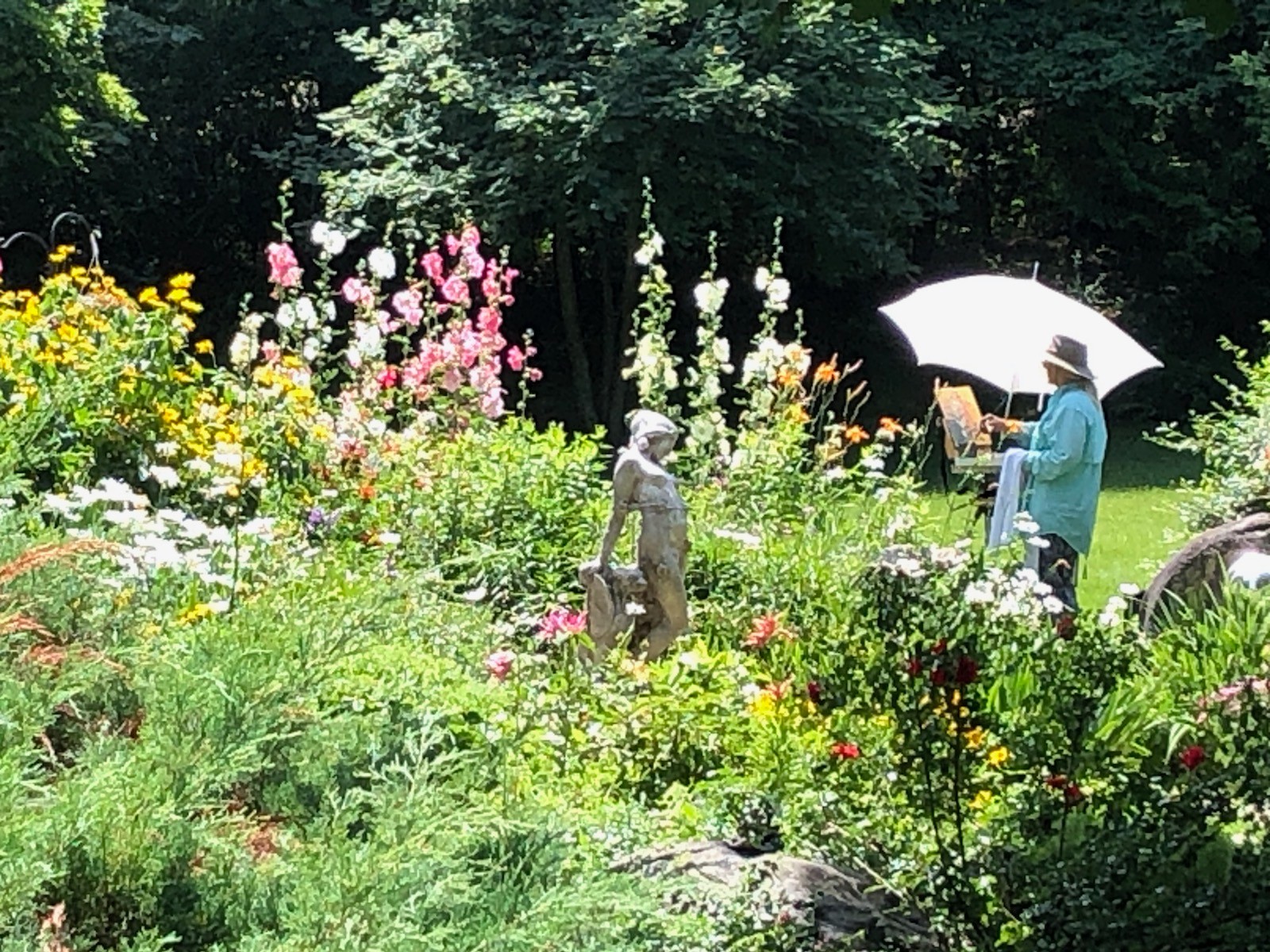 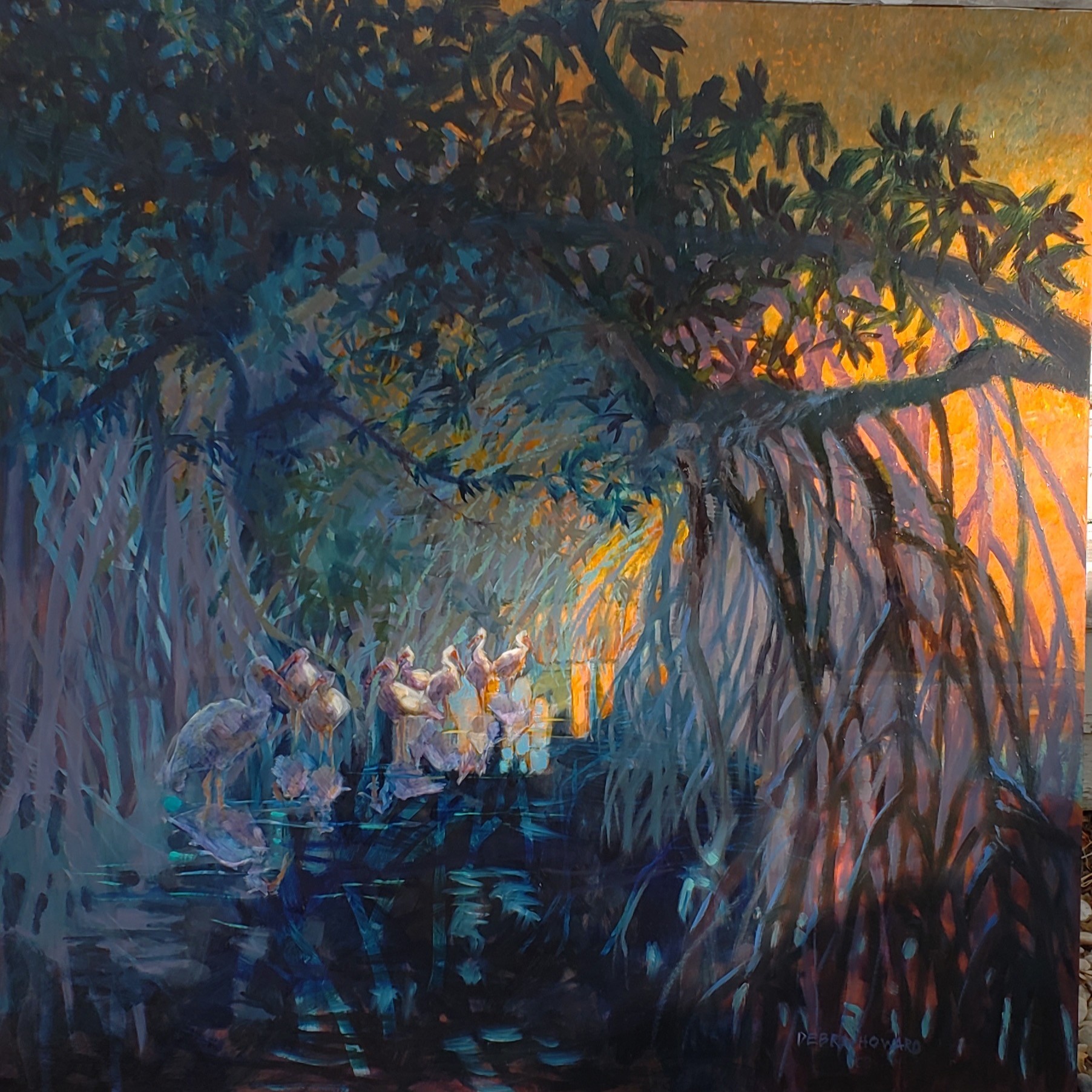 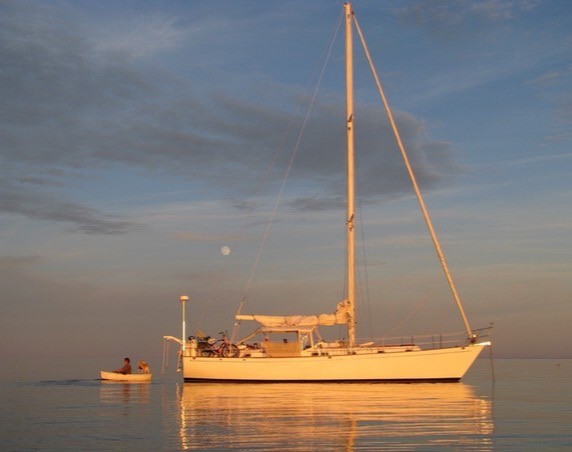 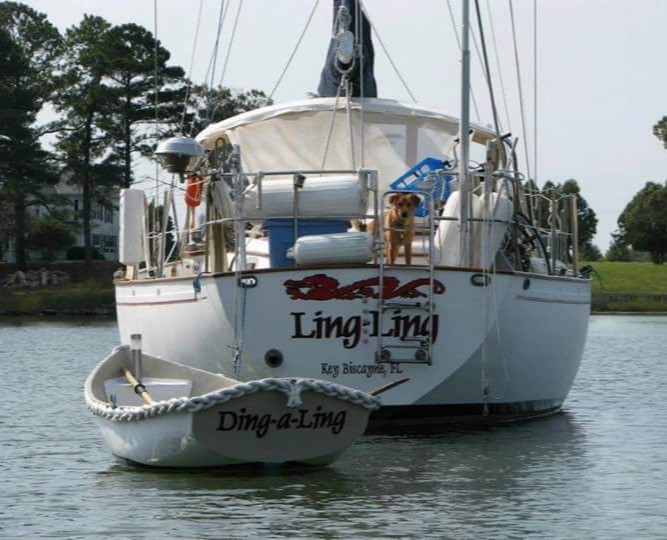 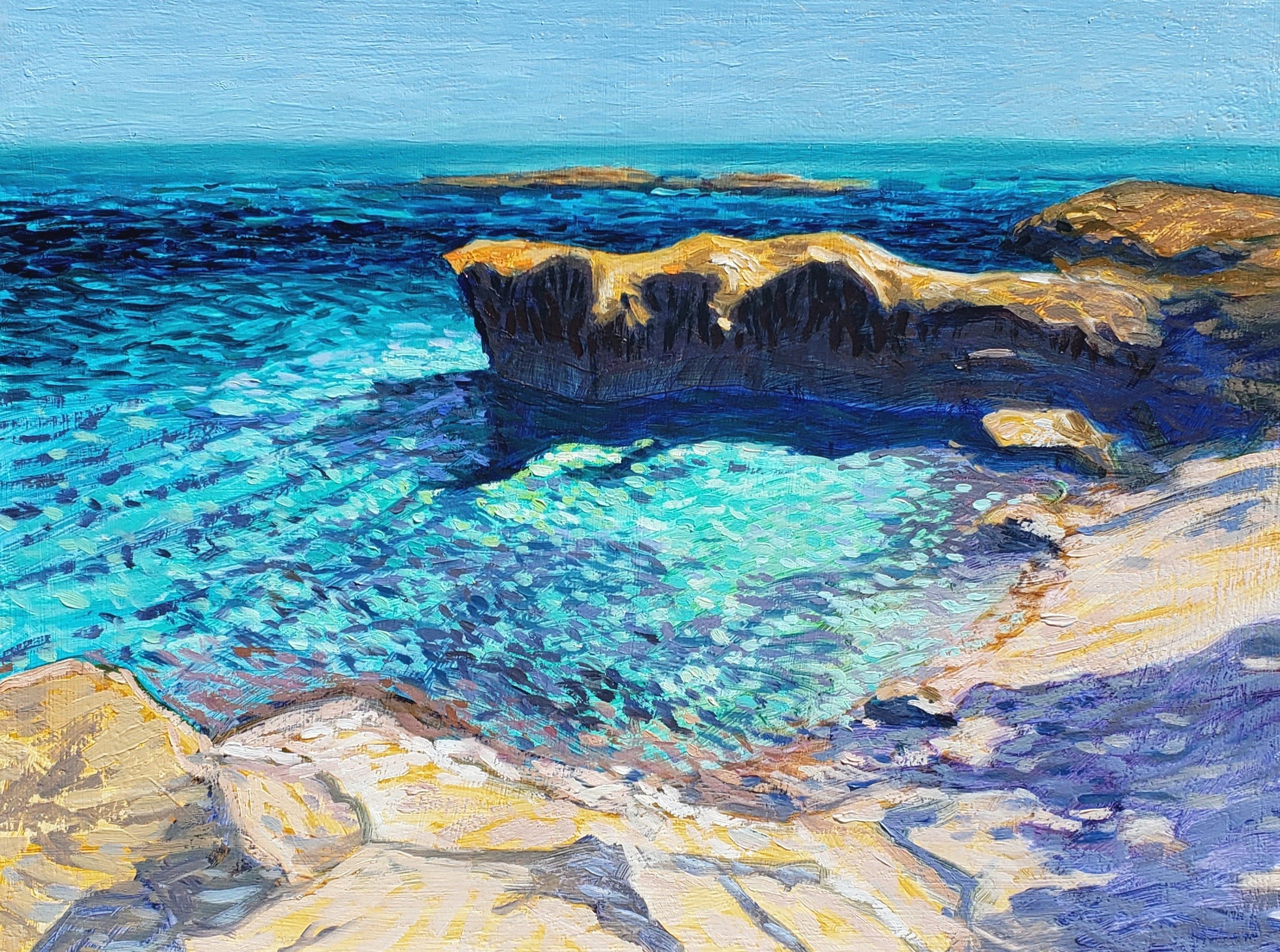 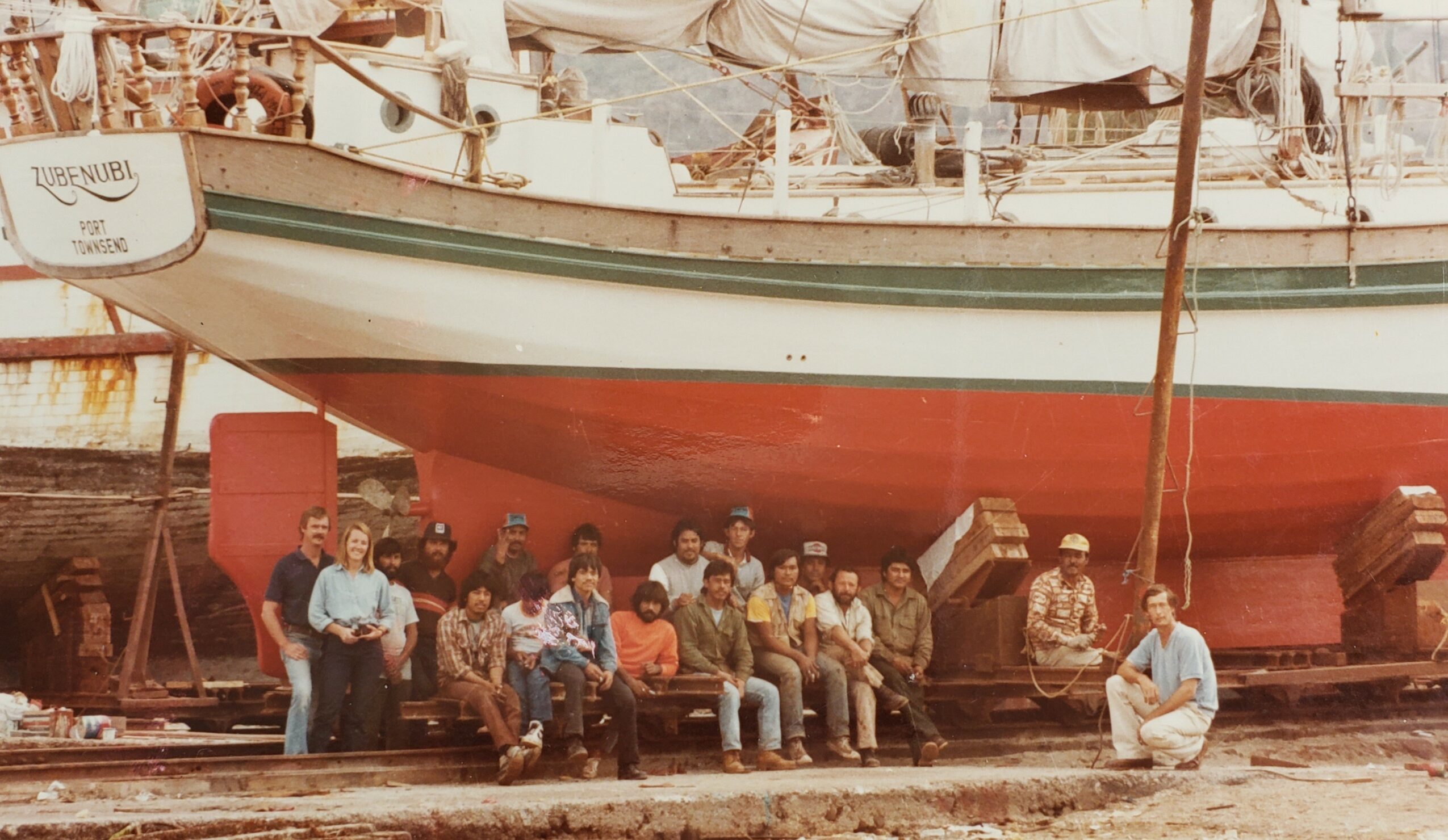